We've linked it once before but we need to do it again. The guys at The Pensblog have been doing daily GIFs for #JagrWatch. The GIF for day 5 was unreal. #JagrWatch came to a stand still last night with the Penguins getting shat upon and the Super Bowl taking place. Speaking of the Super Bowl..... 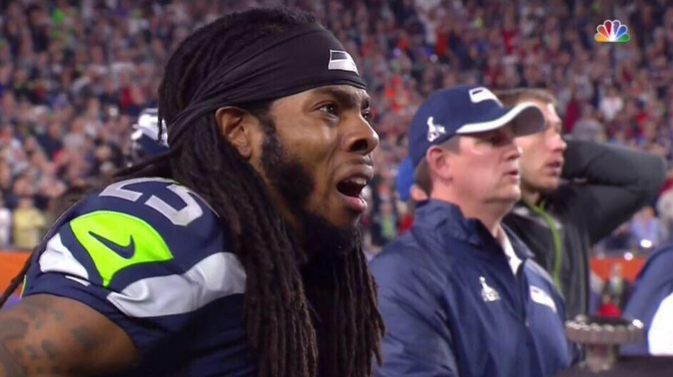 What a mistake. Gotta think Double J calls a run play there. Hell, Jagr probably runs onto the field, snaps the ball to himself, runs it into the end zone, and steals your girlfriend in the post game celebration. 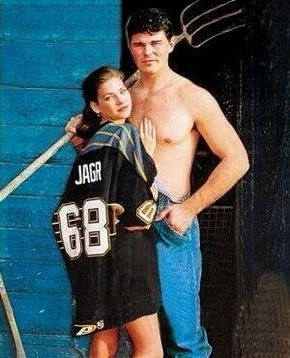 Holy shit. Shut down the internet if that pic is real

On February 2, 1991 Jagr scored a hat trick against the Boston Bruins. Double J also added 4 PIMs in the game. One of Jagr's goals came at even strength and the other two goals came on the power play. Jagr was also credited with the game winning goal in the game, which should come as a surprise to absolutely no one.

This was one of the most "Jagr" games we've looked at so far. 2 power play goals and a game winner. When we think of Jagr, after his unreal mullet, we think about his unreal power play skills, unlimited game winning goals, and #elite puck possession skills. 127 game winners to be exact, which is the most all time.

People who think the Penguins couldn't use a power play champion like Jagr are just straight up wrong. The power play is struggling too, Double J could be just what they need. Add Double J's prowess for scoring big time goals, sign us up all day long. 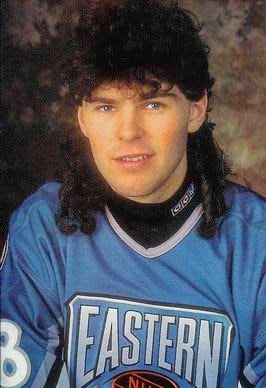 Posted by HEYYYYY FANNNSSSS at 5:26 PM