So the HF Boards are pretty lame right now.  The last time we visited them, we were discussing Letang to the Leafs because Rob Rossi said it was a possibility, so in all reality, obviously Letang re-signed with the Penguins.

In this post, we are just gonna post some of the dumbest trades on HF Boards no matter what team

We are gonna start off with a Penguins-Maple Leafs trade. 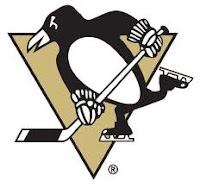 Starbucks and a 2nd Round Pick


In all seriousness, here are some of the best, and by best, we mean dumbest, trades on the HF Boards.

Lets start out with our friends down in our Nations Capital. 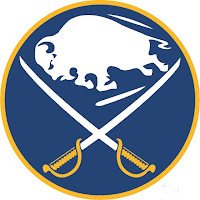 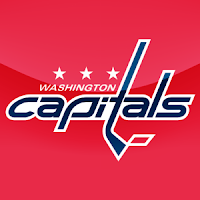 First of all, why would anyone actually want Ryan Miller?  Second, why in the fuck would the Capitals trade Braden Holtby who has actually been a solid goalie in DC.

I assume this guy was a Stars fan (I didn't know they existed).  But not sure how this deal benefits the Oilers at all. The Stars are also only giving up 1 good player and getting 3 in return, this is obviously not the Dallas way.


Uhhh, I'm not sure Toronto wants to give up Kadri and I highly doubt that Edmonton is dealing RNH any time soon.  Pretty stupid trade, IMO but it was obviously made by a Leafs fan so we're just surprised Nikolai Kulemin wasn't involved, although this isn't between the Penguins and Leafs. 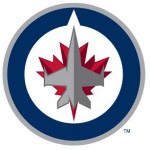 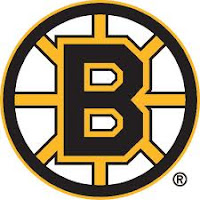 
Why in the hell would the Canadiens trade their best player to their arch-rivals? This makes absolutely no sense and not sure why people on the internet even exist.


Not one of the dumbest trades that I've ever seen, but Buffalo kinda needs Tyler Myers to keep Ryan Miller from going completely emo.

And let's end this with our friends from across the state.


As bad as this trade is, its definitely a move that Paul Holmgren would do.

We know this was somewhat of a weak post, but we haven't done one in awhile and we wanted to show what some of the stupid deals that happen with other teams on the HF Boards.  It's a good thing some of these guys aren't GM's.

Go Pens.
Posted by HEYYYYY FANNNSSSS at 10:25 PM No comments:

Alright guys, I want some feedback for my next HF Boards post.  Would you guys rather read about stupid ass Penguins trades on there or read some of the other stupid trades from other teams to switch things up while things are slow in the hockey world.

Your feedback will be greatly appreciated.

I'll leave you with a couple of TSN Top 10's from YouTube to make this post not worthless.

Enjoy.
Posted by HEYYYYY FANNNSSSS at 2:50 AM No comments:

Since we don't like to report things as they happen here at Heyyyyy Fannnssss we just let them pile up and report them all at one time.  That and quite frankly we are just too damn busy.  So since our last post the draft happened and free agency started and some one retired.  Here is our extremely in depth stories about each.


See.  We told you these are very in depth.

So there ya go.  Now you're kinda caught up on all the NHL stuff.  Emphasis on kinda.

Posted by HEYYYYY FANNNSSSS at 9:08 PM No comments:

Happy 4th of July US Viewers

Since in the past week Tyler Kennedy was traded, Kris Letang and Pascal Dupuis signed, and today is the 4th of July.  This is also our 400th post so 400 on the 4th seems fitting for the greatest video/commercial of all time.

Posted by HEYYYYY FANNNSSSS at 1:16 AM No comments:

As the off season rolls along we are bound to lose a few friends along the way.  We lost our first friend yesterday at the draft in the form of Tyler Kennedy.  TK is that one friend in your group that you keep around just so you can pick on them.  TK had turned in to the majority of Penguin fans whipping boy over the past couple of season.  TK did have flashes of greatness though.  But those flashes were shorter than the Caps time in the playoffs,a Kim Kardashian marriage, or Kris Letang's hair.  Whichever analogy you prefer.  TK was traded to the San Jose Sharks for a 2nd round pick which the Penguins used to draft some goalie.  Kind of surprised it wasn't used on a defenseman.  So as we all say our final goodbyes to Tyler Kennedy we take a look back at his time a a Penguin, which was mostly forgettable.  There were 3 things that we will remember Tyler Kennedy for though.  1.  The tic tac toe goal in the 09 Finals.  But lets be honest.  Mark Madden could have scored that goal while beating off to some porn star.  Ok.  Back on track now.  The 2nd thing we'll remember about Tyler Kennedy is this:

And the last thing we will remember about Tyler Kennedy is...........The amazing accuracy of his shot.  I think the boys over at the Pensblog got it right with their gif in this post.  http://www.thepensblog.com/2013-archives/june/tyler-kennedy-was-traded-and-then-he-said-this.html
Can we just take a second to laugh at TK's comments there.

So long Tyler Kennedy.  Most of us are not gonna miss you.  He's your problem now San Jose.

Go Pens
Posted by HEYYYYY FANNNSSSS at 2:52 PM No comments: